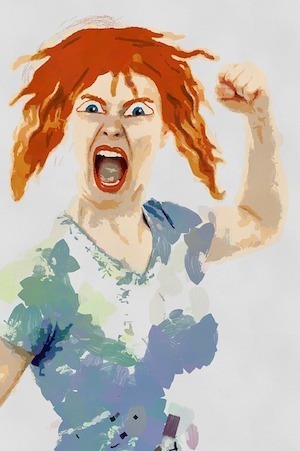 You could call this Anger Management 101

It was certainly a lesson well-learnt for me – because one of us didn’t need anger management and the other didn’t have it!

In a room with an angry person

I often tell my clients that years ago, when I was teaching, I was in a very small office for 45 minutes with a Deputy Head who was trying everything she could think of (with the exception, it seemed, of anger management!) and let’s face it, 45 minutes is plenty of time to come up with new ideas, to not pay me a penny for an enormous amount of work that I had done.

At this point, I was no longer Head of the Music Department, but now a part-time member of staff. As usual, all term I had foregone my lunch breaks (I never had a lunch break in the 20 years of teaching) to rehearse a variety of music groups for the harvest festival celebration. What’s more every week, I took assembly, on my own (the staff took the opportunity to do something else. I don’t think they’d get away with it now – to leave one person in charge of 400 delinquents, er I mean students.)

With very limited time (we’re talking say 5 to 7 minutes a shot), with 400 young people who needed, shall we call it, encouragement(!) we would learn a song in harmony.

(I was never one for singing in unison – I mean, wossa point?)

Anyway to cut a long story short, in the days when I was Head of Department, it would have been my job to ensure that I was paid for the extra day that I turned up to school to conduct the Harvest Festival celebrations first thing in the morning, and register my availability to stay on for the rest of the day as a supply teacher, covering any staff absences. 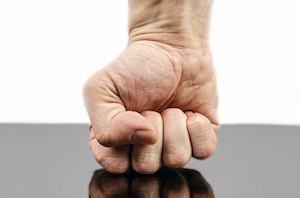 It was a reasonable distance that I had driven to get to school and it was a substantial part of my day that I was eating into, to conduct this Harvest Festival (on my own, mark you. I even had to put the chairs out for the attending members of staff myself.) So the agreement that I had was that I would be paid for the whole day and would be available for the whole day, wherever I was needed in the school.

But now there was a new Head of Music, and though I offered to make the necessary arrangements, he insisted that he was happy to do it, and so of course, I accepted.

However, used to being responsible myself, and aware of the communication and organisational challenges and potential for cock-up in a large school spread over a large site, I double-checked with my Head of Department that he had indeed remembered to do the necessary.

“Ooh, yes, not yet. I’ll do it now. Thanks for the reminder”

You can hear it coming, can’t you? I left it for a few days, and asked him again.

So, what do you suppose happened?

Another successful Harvest Festival later, and after packing everything away, I went to look at the timetable in the staffroom to see where I was required next… I’m not on there.

So I found the deputy head ultimately responsible for staffing resources… in her very small office down the corridor. 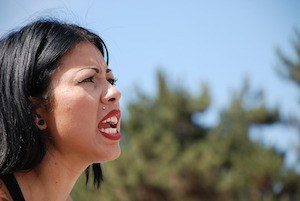 At first she was confused, and then she realised that she had indeed received the notification but had clean forgotten to do anything about it.

Her mistake. We are Human beings. We make mistakes from time to time. It happens.

So in the very, very stressful and busy school environment it’s inevitable. However part of that stress is knowing how tight money is, and it being a complete no-no to make those sorts of mistakes.

There was also quite a blame culture in this particular school, and she felt very uncomfortable indeed.

So she explained to me that I had come into school on this extra day out of the kindness of my heart and now I was going to go home and enjoy the rest of the day.

There was a time, earlier in my life, before I had begun to do any personal development work, when I would have been absolutely beside myself with frustration and rage… and wouldn’t have said anything further. Now that’s not anger management. That’s anger-suppression.

I would have felt completely defeated, thwarted and under-appreciated. I would have been tied up in knots inside trying to process my emotions and my thoughts. And no doubt, it would have been detrimental to my health. Maybe only a little, but if I dealt with all unfair situations in this same way, each time I did so would have been another chip off my good health and well-being. 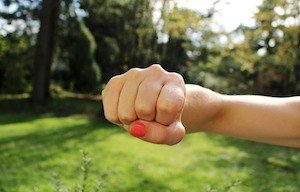 However, I don’t think either of us could have predicted what actually transpired.

I wasn’t angry. I wasn’t frustrated. I didn’t need anger management. There wasn’t any anger! The only emotion I had came from confidence and strength and empathy for the pickle she was in, and her fear of the consequences for her.

From that position, how it occurred to me was, I was in a room with an angry person.

Her emotions didn’t have anything to do with me. I gently and firmly and without any slant on the situation, stood my ground in complete security and safety. I repeated that I had made the necessary arrangements, that I had made a big commitment to the school by organising and rehearsing the harvest festival, and giving up one of my free days to conduct it and be available for cover.

I also said that I appreciated how difficult the situation must be for her, and that I was staying for the day and would be paid for it.

45 minutes we were in that very small room. And just like a toddler who hadn’t yet developed any anger management skills, who isn’t getting his own way and begins to do more and more ‘behaviour’… in a toddler’s case, culminating in a fully blown tantrum, the conversation on her side became more and more heated.

At one point she was shouting at me inches away from my face. The inches thing was probably not deliberate. Did I mention it was a small room?  🙂

At the end of 45 minutes, she had found me plenty of work to do for the day.

And I was paid. 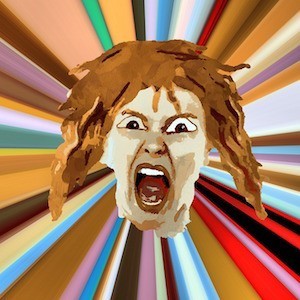 If you’re wondering what our relationship was like as a result of this transaction, the very next day, as we passed each other in the corridor we greeted each other as you would any other colleague, with good mornings and smiles.

And funnily enough, I bumped into her many years later in the Underground in London. I was no longer teaching in schools and she was on her way to a conference.

We hugged, and had a quick catch up and wished each other well.

Nothing in the way.

You know, that conversation in a very small room, all those years ago was a turning point for me. Okay, by that point I had done some personal development, and had a modicum of emotional intelligence, but there’s a world of difference between understanding something intellectually, and being able to pull out the resources in the heat of the moment.

And I said to myself at the time, “Bring it on!” because I wanted to get lots of practice in, now that I had learnt a new way of being around the stress and upsets around me.

Fortunately, or unfortunately – depending on how you look at it, there was indeed plenty of practice to be had at this particular school! 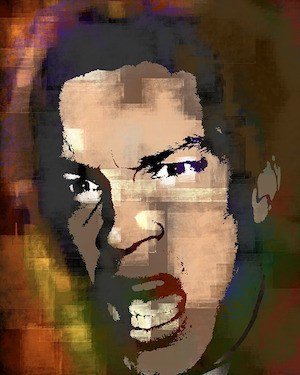 Research tells us, from the point of view of staying healthy, feeling good and having your emotional needs met the three secrets to anger management are:

Your emotions are there for a reason. It’s a big area of my work. Emotions are something most us have no idea how to cope with. Instead of trying to avoid an emotion, you need to pay attention to it and then make a healthy choice. If you want to find out how I can help you, contact me.

2. Don’t dump your anger on someone

Venting is different from communication. Far from being good for you, exploding actually increases your anger. Take a tip from the resourceful children in the famous Marshmallow Test – and distract yourself instead.

Say to yourself, “Perhaps they’re having a bad day,” or “Maybe someone they love is poorly and they’re worried about them.”

What does this story mean to you?

Please leave me a comment. (You have to scroll down.)