Exercise will improve your memory! 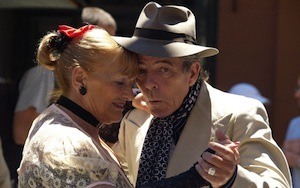 You’re probably aware that exercise is good for you! You’re probably also aware that exercise is good for your brain and will improve your memory. So let’s have a look at the science that demonstrates what happens when you exercise – what specifically helps your brain to stay in tiptop condition, create new connections and improve your memory.

There has been a lot of research into the differences between older people, some of whom remain mentally alert well into their 70s and 80s and even 90s, while others fall into a steep decline, almost as if they’ve given up. We’re going to look at the results of the many studies to find out how this is relevant to us, and how this information might help us to help ourselves when it comes to improving our study skills.

We really need to start by looking at our early history. A couple of million years ago, as the rainforests shrank and the food supply collapsed with it, early man began to do a lot less climbing and a lot more walking, especially across the African savannas searching for food and shelter as they went.

It is suggested that men would have walked 10 to 20 km day, and women, 5 to 10 km. Early Human beings, Homo erectus, evolved into Homo sapiens (or so most evolution scientists believe.) Homo sapiens migrated across Africa 100,000 years ago, reaching places as far away as Argentina 12 000 years ago.

These are the circumstances under which the Human brain developed. On the move! Of all the animals on the planet, the Human brain is the most complex and highly developed of them all and it developed as they walked many, many miles every day. Movement was natural and normal.

Something for us to think about here. Because physiologically we are pretty much the same as they were. If it was normal and natural to do so much exercise in those days, then what does that tell us about now?

Well the news is, the most accurate predictor of whether somebody will remain mentally alert well into later life, or whether they will decline as the years go by, is how active they are.

We now have evidence to demonstrate that older people with an active lifestyle easily outperform the couch potato in tests measuring long-term memory, reasoning, attention span, and solving new problems, using for example, powers of reasoning and abstraction, improvising and manipulating learned information from previous experiences. Their improved cardiovascular fitness also reduces the risk of heart attack and stroke. However short-term memory and reaction times seem to be unchanged by activity.

One question the scientists wanted to address was, if you’d been a couch potato all your life, is it too late to make improvements? Well, there’s good news on that score. Studies of schoolchildren have shown us the answer. Those who spent 30 minutes jogging, 2 or 3 times a week, for 3 months had improved cognitive performance, compared to the test group who took no exercise. What’s more, when they stopped exercising, their cognitive performance dropped back to their original levels, demonstrating a direct link between exercise and brainpower.

And I have to tell you, the research has been repeated time and time again, consistently producing the same outcomes. So if you’re not a huge fan of moving about, you might be thinking this is bad news! And you might wonder just how little exercise you could get away with!

The good news is that it turns out that any movement is better for your brain than nothing. So, for example, couch potatoes who do a lot of fidgeting have better cognitive functioning than couch potatoes who are perfectly comfortable sitting motionless. More good news is that too much exercise (the sort that leaves you exhausted) is bad for your brain. So you can cross that off the list right away!

The answer to the question, “What’s the minimum amount of exercise you can get away with to improve your memory?” is 30 min of aerobic activity just 2 or 3 times a week. And for bonus points, you would add a session or two of weight-bearing exercises that strengthen your bones. In addition, people who walk several times a week also have it covered.

So what are you waiting for?

Do you believe in The Magical Number Seven?

How do antioxidants improve memory?

How do antioxidants improve memory?

Biggest revision mistakes – If you fail to plan, you plan to fail!

Biggest revision mistakes – If you fail to plan, you plan to fail!