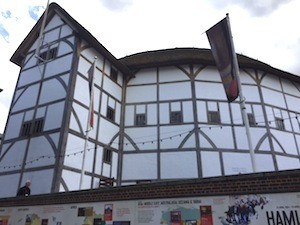 What do you do when you can’t hear the actors on stage?

A couple of weeks ago, a group of us had tickets for a show at the Globe Theatre, London.

From where I was sitting, I was struggling to hear one particular actress on the other side of the stage. I told myself to relax and simply absorb the experience, after all I was fairly familiar with the play and would be able to keep up.

I found it frustrating and annoying…

That is… until I had a brain-wave!

I looked up the script for The Merchant of Venice on my ‘phone. I found it and had my own, personal ‘subtitles’, which I could scroll through each time this actress appeared!

It utterly transformed my enjoyment of the next 2 hours.

In the interval, someone asked me when this play was written. 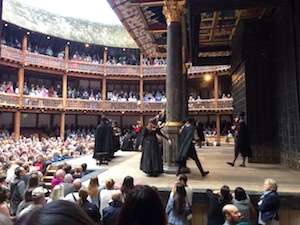 Of course, I didn’t know. For a party trick, once I learned all the Shakespeare plays, in order – but with no dates, so that didn’t help. I did however, remember that Shakespeare would often write female roles to flatter Elizabeth I. I also remembered a date – 1603. Something to do with Elizabeth I, but goodness only knows what!!

iPhone to the rescue!

I did what we so routinely do these days, and looked it up on t’internet! It turns out that Elizabeth I died in 1603 (You knew that, didn’t you?) and The Merchant of Venice was written in 1605.

So I learnt something. I learned ‘informally’, as we all do the vast majority of the time, from a question put to me by a friend, and by using a mobile device to discover the answer.

In turn, my friend too, learned something from me when I told him the answer to his question. His was ‘social’ learning. He got it from someone else. Me! 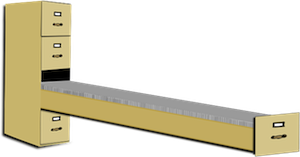 The point is, I could store my unexpected and pleasant learning experience to access from any of my devices, marking the beginning of a deeper interest and understanding of plays written around the early 1600s and how they fit into the politics and history of the time.

My new Genius Material platform will allow me to one-click bookmark (for subsequent retrieval) the couple of useful references I found about The Merchant of Venice, on the internet, as well as the url for the script. I would file them with the photos I took of the Globe, the cover of the programme of this production and probably of the amateur production I was in about 20 years ago.

We already collect information for a variety of reasons. Often it’s to try to cope with the bombardment of stuff we feel we need to keep on top of.

I don’t know about you, but I currently do this using all sorts of different programmes: MindMapping on the computer and by hand, by filing emails, by saving tabs on my browser, making lists by hand in my Filofax, writing and collecting stuff in Evernote, in Scrivener, in My Docs on the computer, in Word and Pages documents, in Contacts and my Calendar, Screenflow, Keynote… the list is endless. 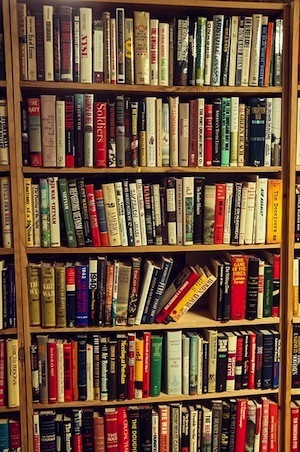 A particular challenge (or should I say, pain in the neck!) these days is finding stuff – I’ve got it in so many different places I can’t remember where I’ve put it. Of course, I should spend the time necessary to rethink my filing categories and refile everything. But am I going to get round to it?

I can’t wait to get the new version of Genius Material out, so I can begin to collate all my stuff in a logical way, and with one-click too, and so I can get at all of it later, just as easily and as quickly as I’m currently losing it!