Get out of Jail 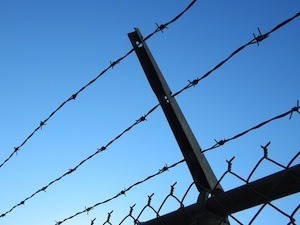 Corrie fans will appreciate the frustration and heartache, of the currently incarcerated, Peter Barlow, portrayed by actor Chris Gascoyne.

This is the bloke who committed bigamy (and somehow got away with it! That’s TV for you! Don’t try this at home!), is an alcoholic, keeps swapping girlfriends/wives (what do they all see in him?) and recently has been having an affair, with TIna McIntyre while his (current) wife is pregnant with his child. (Though to be fair, he didn’t know she was pregnant. Oh, so that’s OK then!!)

What a perfect study! Perfectly devoid of Emotional Intelligence! I’m sure there have been umpteen other misdemeanours and bad choices I’ve forgotten about, but the chaos in his life is created by his lack of understanding of his feelings and inability to take care of his needs in a healthy way.

But I wonder… if TV programmes featured characters with integrity, behaving in a resourceful, creative, intelligent way, would that teach us how to do the same ourselves?

Do the people in our environment, (which includes TV) teach us how to behave, I wonder?

Did you see Trevor MacDonald’s ”Women Behind Bars” documentary, recently, when he talked with the women living in The Rockville Correctional Facility and Indiana Women’s Prison? It occurred to me that their circumstances might have been very different, but for some Emotional Intelligence.

85% of them have children – and many of them won’t see them until they get out of jail, 20 years or so later – by which time the children will be in their 20s and 30s. I can’t begin to imagine being separated from your children…

It reminds me of journalist, and one-time armed robber, John McVicar, who incidentally did his postgraduate studies at my university (I caught a glimpse of him once). Guess what his studies were about?

His theory is that it’s your environment that shapes who you become and how you behave.

Anyway, it goes to reason doesn’t it, If it’s the norm for others to behave in a particular way, it becomes something you become aware of as an option to you too? John McVicar grew up in an environment where it was commonplace to break the law, take advantage of others, commit violent crimes… 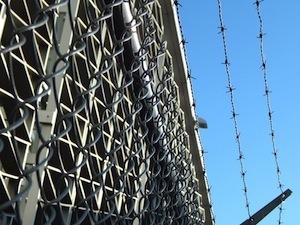 He’s not saying (and neither am I) that you have to behave the same as everyone else. Just that it becomes an option.

To illustrate. I did not grow up in that sort of environment, so that sort of life was never more than a fleeting moment of curiosity to me, growing up. Therefore the chances of my turning to a life of violent crime to ‘get on in life’ were a heck of a lot smaller than John MeVicar’s.

We often take (and frequently unwittingly) the path of least resistance. It would have taken a lot of effort on my part to have got to where John McVicar started.

It was never going to happen.

Conversely, it would have taken enormous presence of mind, and by that I mean awareness, being awake to your own feelings and needs; your own desires and ambitions and those of the other people around you, to have broken out of the patterns already set by the environment.

And that ain’t never going to happen without Emotional Intelligence!

The big cosmic joke is that Emotional Intelligence can be learned. You’re not stuck with ‘the way things are’. And how we understand our own feelings and those of others, and fulfil our needs in a healthy way, is picked up from…

Yep! The environment – the people around you, growing up.

If you don’t have the best start in life, in that regard – if your folks are already serving time – then it’ll be up to you to start now, and lead the way forward for them. If you don’t, you’ll keep getting the same old results.

Some of the women Trevor MacDonald interviewed were obviously deeply affected by the realisation of what they’d created in their lives. Hopefully part of what the correctional institutes will do for them is teach them some Emotional Intelligence so that they have other, more healthy and sustainable options in the future.

Imagine the difference to so many lives, if we could teach Emotional Intelligence early on – to kids and young adults – so they can make better sense of the world as they grow up in it.