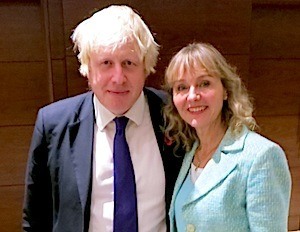 Do you by any chance remember the interview given by the leader of one of the RAF Black Buck missions to protect the Falkland Islands during the conflict with Argentina in 1982?

The question put to him was something along the lines of, “How do you feel about your old and lumbering planes being so heavily outnumbered by the faster and more nimble Argentinean aircraft?”

The answer that came, and that stuck in my head, and honestly makes me proud to be British, was…

“We like to think of it as a ‘target-rich environment!’ ”

What a constructive, brave and creative reframe!

And remember the sheer cheek and bravado of ‘viffing’? [VIF: Vectoring in Forward Flight]

Our large and so-called, ‘clumsy’ Harriers would suddenly point their noses down and leave the pilots of the pursuing Argentinian Mirage planes wondering where they’d gone! 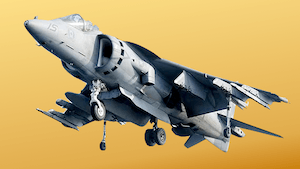 They soon found out though, when the Harriers reappeared behind them and then with one tidy shot, took them down.

Amazingly, not a single Harrier was lost in all the dogfighting!

Why do I mention this?

Because, and I’m sure you’ve experienced this too, some events and moments in time, just stick in your head and influence your behaviour and understanding of the world, for good or bad… 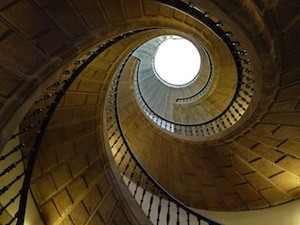 And while many people have told me recently, it’s not possible to achieve what I’m trying to, my reply has always been, “I’m aware of the enormity of the challenge.”

And oh my word! I’ve been saying for a while that this here project of mine is gathering a momentum of its own!

A lot has happened very quickly…

I was seated next to our Bozza for dinner this week, and was able to talk to him at length about my project.

Of course, I should have realised, that the green paper on higher education, coming out imminently, which explains why the universities, schools and colleges are so keen on my solution, was headed up by his brother, Jo Johnson. And that, as Boris said, would be a ‘useful introduction’! 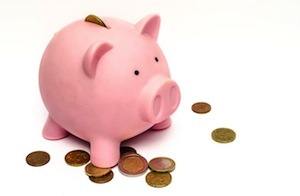 It seems that every piece of the jigsaw is in place…

But, I’m relieved to say that all that’s now standing in the way, is a measly £10K. And I need it now, immediately, and then all of this is going to happen, just as I planned.

Up to 50% of students are failing the first year exams. Up to 45% are dropping out. Chinese students who are accountable for 50% of the fee income from foreign students are getting worse results here than anywhere else in the world.  We’re failing our kids. We’re wasting time and money, and we’re in danger of losing the ability to say that we’re the number-one destination in the world for education.

Part of the problem is the discrepancy between the skills the students arrive with and those they need. They’ve got a learning system that made big promises but hasn’t delivered. Everyone hates it and no one is using it. It means that our kids are ‘learning’ that they’re not up to snuff and there’s something wrong with them. And I’m buggered if I’m going to let that happen on my watch!

I’m a teacher and I developed a system which is fun, motivating and engaging. It’s all about addictive learning, and guarantees they pass their exams. I have several schools, colleges and universities all lined up ready to use it. They’ve bought into the idea because they know it works.

Who do you know, with a pot of money available, to help me develop it and roll it out, even just for the pilot?