How keeping going keeps you going 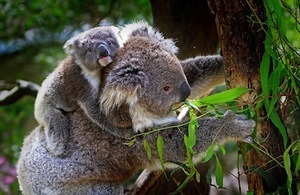 And what it costs to get you there…

I think we’ve inadvertently done our kids a disservice.

I also think, perhaps as a backlash against the stricter parenting we grew up with, we’ve attempted to be less demanding of our children, and to protect them from the stresses and strains of life.

I’ve often heard parents declaring, with regard their offspring, “I just want her to be happy,” which you’d have thought was a good thing. Of course you’d want your kids to be happy.

And healthy – physically and emotionally. Happy and healthy.

And resilient. Life is going to chuck that messy stuff at you anyway. You had better be well-prepared to cope with it.

You want them to have it all. Of course you do.

But I think that very often, by trying to take any source of discomfort and pain away from them, we haven’t given them the necessary opportunities to learn how to cope, first of all with the little irritations of life, and then, more crucially, the bigger stuff.

I remember, as head of the music department at one particular school, ultimately it was my job to put on regular concerts, showing off and celebrating the musical talents of as many pupils as were willing to be involved.

Obviously, to do that, there needs to be some commitment on the part of those pupils. If they are going to learn to perform with their voices or instruments, they need to turn up to the practice sessions. By doing so there are all sorts of personal development benefits to be had. 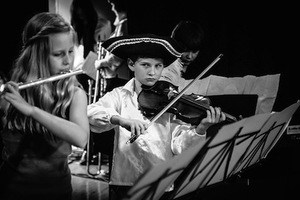 Not to mention fun. And the satisfaction of achievement, of being able to do something one couldn’t do previously. Not to mention, camaraderie and team-spirit.

Let’s be honest though, we don’t always feel like doing what we’ve committed to do. But surely that’s the definition of commitment? Doing it anyway, regardless of how you feel in the moment.

Many moons ago, I took it into my head to run a half marathon. I still can’t quite account for that!

However, it was very clear from the outset, that if I were to run 13 miles on a particular date in the future, I had better get some practice in! I barely knew what was necessary to be prepared for a half marathon, but I did know that I had to get out there and run longer distances, and if possible, faster times.

In other words, I was very well aware that I had to get running fit.

There were times when the last thing I felt like doing was putting my kit on and getting out of the door. But I kept my mind on the end-goal and knew that it simply had to be done. And so it was.

One driving philosophy in my life is the notion that everything comes at a cost. If you want X it costs Y. I wanted to run a half marathon, it cost me getting out there to practise, whether I felt like it or not.

I was prepared to pay the cost, and as a result I got the experience I wanted.

Let’s not pretend I broke any land-speed records on the day! In fact, I barely got past the finish line before they started packing up! 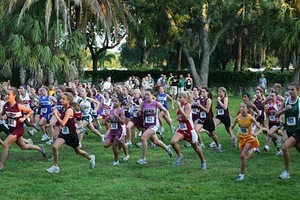 But that’s not the point!

What I achieved for myself was momentous, and I still feel good about it.

But it cost me some effort. Some inconvenience. Some discomfort.

There were many different music clubs that the pupils could voluntarily attend, although to be fair, there was a certain pressure on those who were having subsidised music lessons and being lent expensive musical instruments, to ‘give back’ by being members of the wind band and the orchestra etc.

But the choir in particular was a club that anyone could belong to. No auditions. No previous experience necessary. Come as you are!

But put yourself in my (sensible) shoes…

I had a concert (or three) to put on in a couple of months’ time.

It didn’t matter too much how many pupils were in the school choir. But it did matter that the same ones turned up each week to learn the necessary parts for that concert.

My rule was that each term was a new beginning; that the first two weeks were a free-for-all, a ‘buy before you try’ opportunity to decide if you wanted to be in the choir that particular term.

And then after that if you were in, you were in until the next concert.

But once the rehearsals had got underway, I would spend much of my time chasing up people who didn’t turn up. Often the answer was something like, “Oh, I fancied giving trampolining a try.” Or, “Oh, mum said I didn’t have to come if I didn’t want to.”

Not only did that give me massive problems, but what on earth was it teaching those kids?

And I see something similar all the time on the telly.

When interviewed for reality shows like the X Factor or I’m a Celebrity, and asked why they think they might win, our young folk often say something along the lines of, “Because I want it so badly.” 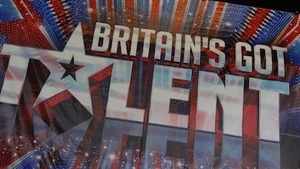 Not, “I have a modicum of talent, and I have worked my socks off to be here.”

Not, “I’m going to do the best I can and see how I get on. Work hard on the advice and feedback I get, and come back next year even stronger.”

No. We’ve taught our kids that ‘success’ (and goodness me don’t get me started on what our youngsters think that means!) lands in your lap.

So we’ve inadvertently taken away from them the power to make something happen themselves. i.e. if you want X it will cost you Y. But it’s up to you. YOU can do that if you choose.

I think it’s part and parcel of the ‘fixed mindset’ problem many of our young people have. They expect an accolade for being ‘them’, instead of acknowledgement of the effort they make; i.e. the price of achievement.

And as we already know, ultimately this leads to their reticence to ‘have a go’ at something they are not completely confident of being successful at first time.

And when I say ‘reticent’, I really mean, they avoid at all costs.

And I’m really not sure that that’s the best way to equip our children to be happy.

The relationship between mindset & success