When is being ‘third‘ a good idea?

That’s the thing about a race, isn’t it? You’re suppose to try and win it otherwise you ain’t got much of a race! You’re meant to try and come in first!

But in real life, when the going gets challenging, there are times when ‘being’ in third will allow you to be wise during the event.

Oh, but first, a question…

Did you, by any chance, learn Latin at school?

And if you did, do you know about datives, accusatives, past participles?

It was decades before

I realised that it’s not just Latin that has names for the different parts of language! Turns out you get them in French, German, Italian… and no doubt, Urdu, Swahili and Mandarin. And certainly in English! Who knew!

I bet you’re wondering where this is all going! 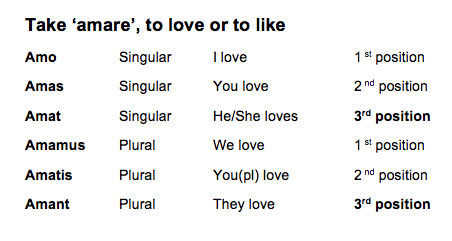 With me so far?

Still wondering where this is going?

Have you noticed how some people spend a lot of their time in 1st position? Everything is about them. They ‘get’ something when it’s relevant to them; when they can relate to it personally; when they actually experience it for themselves… Spending too much time in 1st position can be detrimental to a relationship, which needs empathy and relatedness too.

How about those folk who focus much of their attention on other people; what they’re doing, how they’re doing it; what they need, or seem to need… You would say they’re in 2nd position. Too much time here can result in neglect of their own responsibilities and needs.

And finally, what about people who occasionally seem distant, aloof, analytical, emotionless? Or maybe they seem logical, balanced, unflappable, reliable? Could it be they spend much of their time in 3rd position perhaps?

There are advantages and dangers in each position.

Are you still wondering where this is all going!

Or are you maybe beginning to get my drift?

Most of us naturally go into all 3 positions, every day, depending on circumstances, and very often we’ll be in the best position for the situation we’re in. 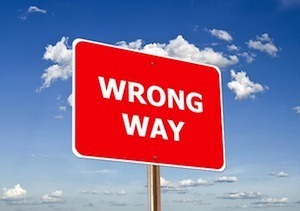 Here are some questions for you: What position are you in, when:

Actually, those were trick questions! Because in all 3 situations, you’re likely to use more than one.

Let’s have a look at the possibilities:

The obvious answer is 2nd position: Being over there with them; in their shoes and feeling their pain. Relating to what they’re going through, as though it’s happening to us. So that we ‘get’ how it is for them.

You’ve heard of mirror neurons, right? They’re the brain cells that get activated regardless of whether the thing is happening to us or to someone else. On one level, the brain can’t tell the difference. That’s why we’ll get engrossed in an emotional film and laugh and cry along with the actors. To a certain extent, we feel what they feel, or at least, how they’re acting that emotion. It’s as if we are them.

But if at any point, we relate our friend’s story to our own life, we’ve swapped 2nd position for 1st, because now we’re thinking about ourselves. (Me/us.)

If we were then to imagine what someone else would do in this situation, or if we were to remember how someone else coped… we’d be in 3rd position, focusing on ‘her/him/them’, over there. 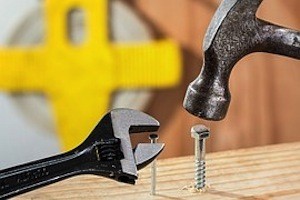 Well. That again, depends… Probably 1st position, because were thinking about ourselves; our own needs for comfort, looking good, feeling good about ourselves…

But supposing we were focusing on fitting in; dressing appropriately (according to some external expectation); being accepted?

Then we’d have slipped into 2nd position, judging how to behave by focusing on ‘the other’ person’s needs.

Imagine though that you gave some considered thought to, and made decisions based on your and others’ expectations; your and their needs; your experience and/or understanding of the dress code… that you weighed it all up and made a conscious decision for yourself, almost as if it was a wiser, more experienced, level-headed part of you, acting intelligently on your behalf? 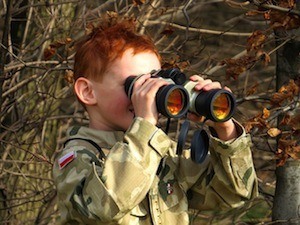 Bingo! You’re in 3rd position. It’s as though you can stand outside of yourself, and observe that ‘you’ and those others, and how they interact together.

3rd position happens automatically, whenever you ask yourself, “What would what’s-his-name do in this situation?” It’s as though you can become that other, wiser, more dispassionate person and make a better, more objective decision, from that other perspective.

So here’s how to make good decisions then

You can do this in your very clever imagination, whenever you’re in a tight spot. And you’ll invariably buy yourself some quality thinking space, even in the midst of an emotional crisis, when you normally can’t think straight. BTW, you need to talk in the 3rd person about that ‘you’. So, for example, I would say, “Lysette is feeling defeated because she has discovered a second dent in her car door. And Nige is telling her not to worry about it.”

By using this neat trick, you can become more intelligent when most of us become dumb, and otherwise make silly or hasty decisions, which we’re likely to regret later.

Now you know why I left…

…till last! You know the answer now, don’t you! 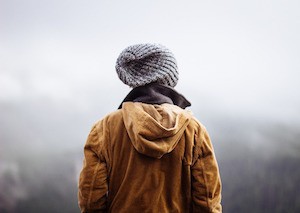 When you’re smack bang in an emotional event, it’s hard to think straight. So just imagine floating off to the side, so you can ‘see’ yourself ‘over there’ and the situation you’re in, with whomever’s with you. The moment you do that, you’re dissociating yourself to some extent from what’s going on, and are much more likely to make better decisions.

And that’s now been proven by researchers at Waterloo University, Canada.

They tell us, that being able to dissociate in this way, is a bias.

And a useful one too.

They call it ‘Solomon’s Paradox’.

King Soloman was that ever-so-wise bloke who was great at telling other people what to do, but blinkin’ hopeless when it came to making emotionally intelligent decisions for himself! 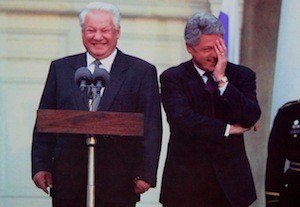 As long as you stop thinking about your being in the crisis, but get an outsider’s perspective by distancing yourself from it, you’re laughing!