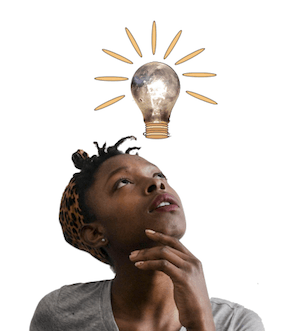 How do world memory champions remember the names of 600 people filing past them, or the order of cards in four packs of playing cards? And if you could use some of them, would you find your financial planning exams easy to pass?

Well, it turns out that they’re not so different from the rest of us. Thanks to Eleanor Maguire from University College London, we’ve discovered they don’t have particularly high IQs or differently structured brains. Instead, she detected activity in three particular brain regions.

These brain regions are usually busy for most of us during movement and navigation, but not normally during simple memory tests. However, these were the very areas most active for these memory champions.

I bet you’ve come across a memory technique where you imagine a visualised journey, attaching the things you need to remember to the different stations along the way. This is a mnemonic strategy and it was something like this our champions used when those three areas lit up in their brains.

In other words, their brains were assigning space and movement to the otherwise static cards. How did they do this?

To remember the playing cards, they assigned an identity to each card, perhaps an object or maybe a person, so as they flicked through the cards they were able to make up a story based on the card sequence and the interaction of those objects or people, along the familiar route they’d chosen.

Obviously it takes a bit of practice, but it clearly works.

So when you’ve got a list to remember for your financial planning exams, sometimes using this journey technique will do the trick, not to mention keep you more entertained than some other methods. And as we know, when you’re entertained you’re more engaged and interested, and therefore more likely to remember.

Another technique, sometimes employed by actors, is to attach emotional meaning to the words you have to remember. Evolutionary scientists tell us that human beings are far more likely to remember events with an emotional charge. From an evolutionary point of view, it’s probably one of the many things that helped to keep us successful as a species. After all, the emotional response to a sabre-tooth tiger had our predecessors responding appropriately and living to see another day.

Some research done by the psychologist Helga Noice and the actor Tony Noice, demonstrated how engaging the emotions could help students improve study skills and remember their revision more easily.

Students who matched the words they needed to learn with previously learned movements could remember 38% of the words after just 5 minutes. By contrast other students who had 5 min to learn their words and weren’t given any other instructions only managed to remember 14%.

It is believed that having two mental representations, ie the words and the movements, gives you a better chance to remember, perhaps one triggering the other.

Perhaps the most important thing of all is having an effective strategy for your study skills for financial planning exams, whether you use mnemonics or some other system. Barry Gordon from John Hopkins University in Baltimore, Maryland suggest making life easier by getting into good habits such as always putting your car keys in the same place or writing important things down. In other words, putting effective processes in place.

Even just making a big effort to pay attention makes a huge difference. During my 20 years of teaching, at the beginning of each new school year, I would have something like 200 or 300 new pupils to get to know. Putting names to faces was often a real effort! And I had my systems for helping the information to sink in, such as referring to the class photograph and having the children sit in the same seats each week.

But in each lesson I would always make an heroic effort to concentrate. To really study their faces, their body shape, physiology, tone of voice. And you can probably imagine that some of the children made it easier, through their behaviour, by making themselves known to me pretty quickly!

Often it was the quieter ones who took a little more effort. And so it is with your revision. The more interesting, the funnier, the sillier, the ruder you can make your revision notes, The easier you’ll find it to recall them later on.

It’s the quiet information that you got to work harder to remember for financial planning exams, and perhaps that’s where mnemonics come into their own.