Stress and the RO4 exams

Stress and the RO4 exams 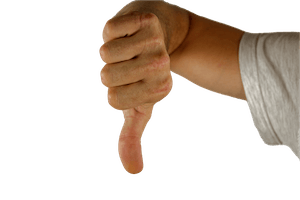 A while back, I delivered a Genius Material study skills presentation in a particular company, that had several employees taking CISCO Accreditation exams. I delivered the presentation twice, in the morning to one group and in the afternoon to a second group.

There was one member of the audience in the first group who was there out of curiosity and out of supporting his staff. Let’s call him John. He didn’t need to worry about study skills for himself, as he’d already passed his exams. As the presentation unfolded, he got more and more excited, interjecting occasionally with, “ I did that!” and “ that’s what I did” etc.

It turned out that John already had a great revision strategy that worked well for him, hence already being in the position of having passed his CISCO Accreditation exams.

Each time he declared that he had used one of the techniques I mentioned in my presentation, I of course said, “There you are then! There’s the proof that these techniques work!”

A very interesting thing happened in the presentation to the afternoon group.

There was one member of the audience who seemed very down and despondent, and he wasn’t really paying a great deal of attention to the presentation. He was listening all right, but you could see that it didn’t appear to mean anything to him. Let’s call him, Rob. I decided to speak to him privately afterwards because I had been told that this guy still had many exams to do and that’s not passing them soon would mean that he would lose his job.

Very quickly, in our conversation it was obvious how resigned he had become to failing his exams. After all he had taken the same exam over and over and failed it each time. Naturally enough he supposed that if you couldn’t pass this first exam, he had no chance of passing the others either, especially in the time that he had left.

I acknowledged that while he had a big challenge in front of him, I would help him, and that he still had time to pass the requisite exams before the deadline. I have helped so many, many people, pass exams simply by having a good revision strategy, but I felt sure I could also help him.

However it became clear in the conversation that Rob had already made up his mind that he just simply wasn’t going to succeed.

And do you know his reason for believing that? He referred to John in the first group. But not from my perspective which was, if John could do it, let’s find out what John did, what strategy he used, and do the same thing in order to get the same results.

But no! Rob’s belief was that John had something special that he, himself didn’t have. And because he didn’t have that special ingredient for passing CISCO Accreditation exams, there was nothing he could do about it, but just wait for the inevitable consequences of losing his job.

His current method of revising just wasn’t getting him where he wanted to be.

If what you’re doing doesn’t work, stop doing it! Do something else. Find out what successful people are doing and copy them. 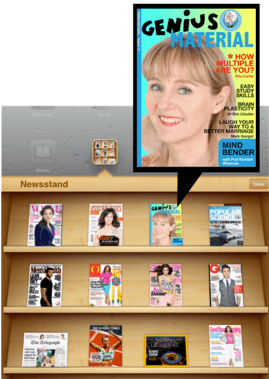 Several years ago I created an iPad magazine called, Genius Material Magazine. It was a monthly, English-language, international, psychology, neuroscience and education magazine. It brought together the best brain research and study skills methodology, showing you how to retain information and pass exams easily.

I was amazed and very grateful that internationally acclaimed writers in the fields of neuroscience, popular psychology and brain research as well as in education and learning, along with memory champions and other experts too, donated articles to help me create a fun read, with diverse and fascinating information about the most complex organ in the human body: the brain.

Speak to me and discover the secret to using your brain effectively and developing a good memory, and retaining it, whatever your age. Enhance your life, health, relationships and work.

The Power of Association using The Link Method