What’s up with this Rafa Benitez thing? 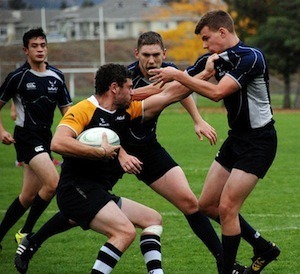 What’s up with this Rafa Benitez thing?

Apparently there is going to be extra security at the Chelsea match against West Brom. They’re expecting trouble. Is this a good example of the tribe questioning the values of their tribal leader?

Whether at school, at work, in the family, in popular culture – we look for someone to tell us what to do, what to think and how to behave. It makes us feel secure, but on the other had it also means we don’t have to think for ourselves  and that’s not necessarily a good thing, surely?

Being a member of a tribe, according to research, helps to protect you from the depression that’s so prevalent these days. That makes sense, when you think about it. A network of loyal friends can provide the sort of support that the extended family used to provide.

Maybe adopting the mentality of our ancestors, with its simple morality and traditions is key to our reconnecting with boundaries that make us feel secure?

When I was teaching, I noticed how much the children in my care seemed to appreciate knowing exactly where they stood in relation to how to behave. We all love ground rules. My worry is that these days, many parents seem to avoid them, in the fear that they’re being too restricting and prescriptive with their kids. Of course they want the best for their children, and they want their kids to have freedom as well as the ability to think for themselves. However, I question whether not giving them a structure is going to achieve that.

Many teenagers seem to lack discipline and ‘stick at it ability’. I was surprised at a young friend’s shock that I’d stuck so long at a game on my ‘phone, in order to solve the problem. She remarked that I’d taken 45 minutes to win the last game. I guess she was thinking that I was slow! It obviously didn’t occurred to her that the particularly long time taken was because of my refusal to give up! I didn’t get the impression that she’d have persevered with it.

Everyone loves a structure, a restriction, a set of parameters within which they can freely explore what’s available. Even creative types can give free rein to their imagination when working with the resources they’ve got. Some of my best music has arisen out of embracing self-imposed limitations I’ve used to compose or arrange it.

Likewise, if I fancy making something – designing a jumper to machine knit or a blouse or trousers to sew, for example and I want to start now, I have to use the fabric or wool I happen to have available. I don’t want to waste time ordering stuff to arrive some time in the future. So whatever I make is inevitably restricted by what I’ve got available to me, and very often there’s not enough of one colour to finish the job. That then forces me to get creative and find other colours to make up the difference. The outcome is invariably far more interesting and imaginative than if I hadn’t had to think so hard.

So whichever way I look at it, it seems to me that some structure, growing up, while we’re learning who we are and how we fit into the world, has got to be a good thing. We feel happier as members of a tribe, with a clear leader to follow, and it also teaches us some invaluable tools for life, to help us get the most out ourselves.

But following another person without thinking why we’re doing so, or not regularly questioning if the person we’re following is the right role model, with the same values as us, is a recipe for disaster. And maybe that’s why they’ve got extra stewards in attendance at the Chelsea game?

What do you think?

Transcending Tribal Mentality By Caroline Myss All of us are born …

Transcending Tribal Mentality. By Caroline Myss. All of us are born into a “tribal mentality” of various forms. These include our family unit, religious background, country of origin, ethnicity, etc. The tribal mentality effectively … “When we are plugged into tribal thought forms, we can easily believe in nonsensical prejudices held by the tribe. Tribal mentality allows us to hold harsh, judgmental positions or attitudes about an entire group of people:”

According to Miriam Keith in a recent article in the Marietta Times, Tribe Helps Overcome Depression.