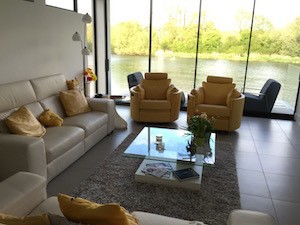 Relationship wrecker #1. It’s an easy and obvious trap to fall into.

Ever been absolutely sure of something, only to find out you were wrong after all? Supposing it turns out that what you thought you knew, was in fact, such a load of bunkum that it was actually the biggest relationship wrecker of all time?

Do you see what I see?

Every morning the sun rises over the river and if it’s a cloudless day, the bright morning sunshine floods into our river lounge. As the day progresses, it moves down the side of the house, until the warm afternoon sun bedazzles the garden lounge.

But that’s not why I mention it.

I often use this analogy with my clients, because this pattern of events happens every day.

The sun rises over the river, and sets over our garden…

Everyone knows that! Don’t they? 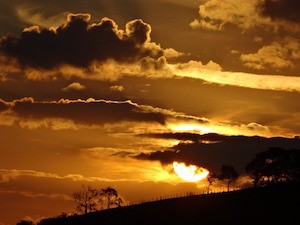 And yet I see it with my own eyes!

And so it is with our emotions.

No one can make us feel anything. Not something they do or say, or don’t do. Nothing they do is the cause of our feelings, our reaction.

And yet it appears so.

But while someone’s doing what they’re doing, it’s entirely possible that we have an opinion about it! Or a judgement about what they’re doing. While we’re busy wrecking this relationship with our thoughts, we’re likely to feel mighty uncomfortable. We might even react with certain behaviour we’ve used many, many times before!

But it’s our doing, our reaction. All taken care of by our unconscious mind – there to make sense of the world and keep us safe. 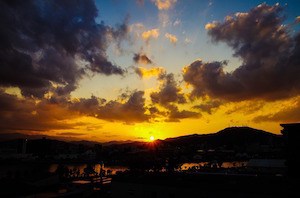 Put a bunch of people in the same situation and they’re likely to have a whole variety of different reactions. Their own!
Just like the sunrise/sunset illusion, it’s not the other person who makes you feel the way you do.

What actually happens is we’re triggered.

Something happens and we react immediately and automatically. We react. Not they make us react.

Then, the moment we’ve been triggered, we start justifying it, explaining it to ourselves and anyone else willing to agree with us. “They shouldn’t have. They’re wrong/bad. I’m right/good.” And that helps us to make sense of the situation and how we feel.

What about when we promise ourselves we’re not going to react – and then do anyway?

How do you explain that? Ever wondered what’s really going on?

The moment we detect potential danger, boom! We react with the fight, flight or freeze response. We don’t have to think about it. It happens all by itself. 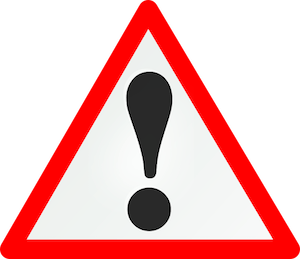 All three responses are useful in different contexts, but you don’t know which one you’ll get, nor if it was indeed the best one for the job at the time – until you brush yourself down and realise you’re still alive! (Or not!)

Take becoming immobilised, for example. Maybe those ancestors keeping very still were ignored by the hungry sabre-toothed tiger, who chased after the more obvious prey, now running for their lives.

But in another context not moving may not be as useful. It’s well-known in the airlines that in an emergency, when you need to get people off the aircraft as quickly and as calmly as possible, it’s those people who freeze to the spot who will hold up the rest. You might think you’d be one of the first out of there – but you just don’t know until it happens to you.

What’s all this got to do with the price of cheese?

It’s about the pattern-matching that the brain does.

In other words, this sufficiently resembles ‘danger’ to merit the stress response – to keep us alive. And that happens in an instant, faster than conscious thought.

So when we’re triggered by something someone does or doesn’t do, our body and brain behave as though we’re facing mortal danger.

No wonder it feels pretty uncomfortable!

That discomfort is designed to provoke you into saving your skin!

That’s why your reaction is immediate and automatic. It’s only afterwards that we have an opinion or judgment about it.

As I mentioned before, telling ourselves whatever we tell ourselves about it, helps us to make sense of the whole thing, especially when we know we overreacted.

And of course, each brain develops its own set of criteria about what equals danger. So that’s why we all get a different response to the same event.

But unless we take responsibility for our over-reaction, apologise, and keep on trying to do better next time, we become very difficult to live with. It’s a relationship wrecker alright. Who’d put up with that?

If there’s an area of your life where you’d like to change your automatic reaction, leaving you free and calm instead, give me a shout. You’d be surprised how quick and easy it is to work with your automatic, unconscious mind.

Oh, and by the way, maybe you could cut other people some slack, now you know their behaviour indicates that they’re wrapped up in their stress response, and more than likely, won’t even know it – instead, believing you’re the cause of their problem!

Because, after all, it sure as hell looks that way!

Is your interpretation causing your suffering?