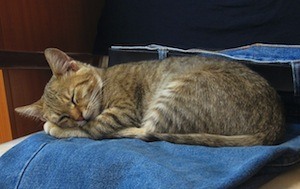 The idea of sleep learning probably began in 1951 when a couple of researchers at the University of Washington DC attempted to teach Chinese words and their English translations to volunteers as they slept. They concluded that, “Learning can occur during sleep.”

The problem is though, while several other people (usually flogging a product on the back of it) agreed with the findings, the original experiment wasn’t as robust as it needed to be to prove categorically that learning really can happen during sleep.

For example, it may be that the participants weren’t asleep at all. No one checked!

And when in 1955, the participants were wired up to an Electroencephalogram (EEG) to make sure the recordings were only played while they were really truly asleep…

They concluded no learning took place!

Back to the drawing board then…

And back to the drawing board they did indeed go!

Now, 60 years later, it turns out that there is something in it after all.

Here are some of the more recent findings: 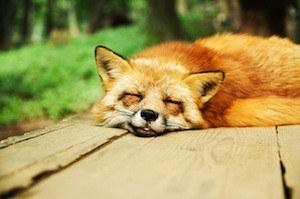 The brain doesn’t shut off when we are asleep. Parts of it are more active than when we are awake. (Research by Sid Kouider, a cognitive neuroscientist at the École Normale Supérieure in Paris, France)

Memory consolidation happens during sleep. It seems to be the time when we review and store memories and important information.

Volunteers playing a memory game, while sniffing the smell of roses, and being subjected to the same smell while asleep, remembered more of the memory game the next day. The smell acted as reinforcement as the memory was being made, and as a memory jogger afterwards. (Research by Jan Born and colleagues at the University of Luübeck in Germany)

The areas of the brain which process smells are right at the back of the nose and are directly connected to the hippocampus, part of the brain that plays a very big role in the creation and recall of memories. So should we be so surprised at the link?

Ken Paller, of Northwestern University in Illinois found the same effect when using sounds instead of smells.

Incidentally, participants who were told that they would be tested the next day on what they learned, did better in that test. It’s almost as though that the mere expectation that a memory would be important helps to secure it in the brain.

Ken Paller, working with Xiaoqing Hu at the University of Texas at Austin, discovered that it is possible to unlearn a phobia or indeed a prejudice while you sleep. That’s a sort of ‘unlearning’.

Another experiment demonstrated that you can erase bad memories during sleep. That’s ‘unlearning’ too isn’t it? (Research by Katherina Hauner, also at Northwestern University) 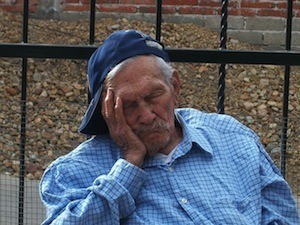 And, just like a recurring dream, it goes on…

We’ve discovered that we can learn an association between a couple of things (such as a sound with a smell) during sleep, and retrieve it when awake. (Research by Anat Arzi and her colleagues at the Weizmann Institute of Science in Israel)

Maybe then you could learn to dislike smoking if subjected to the smell of rotten fish during sleep?

Sure enough, that’s exactly what she did next! Participants who slept with the smell of cigarettes and rotten eggs smoked 30% fewer cigarettes the next week, without even thinking about it.

This is one of the many techniques that we can use with clients who want to stop smoking. We normally call it, “aversion therapy”. And in a similar way to these experiments, and while the client isn’t actually asleep, they are nevertheless accessing their unconscious mind through self hypnosis. (BTW, all hypnosis is self hypnosis, despite what it looks like, especially in a stage hypnosis show. It’s not something that one person does to another.)

If you’re ready to stop smoking and to ‘unlearn’ the habit‘ give me a shout. 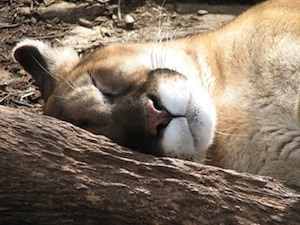 It doesn’t seem to work if you were to try this while awake – unless you find a way to access your unconscious mind, and that probably will only happen if you get some help from a therapist.

It’s still early days, but it does seem as though neuroscientists in the lab are catching therapists up.

Always good to have double blind evidence of what we already knew, to back us up, and reassure clients that we actually know what we’re doing!  🙂