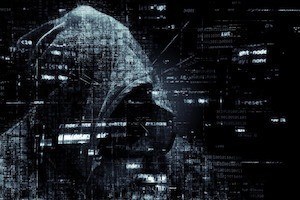 It’s often better to buy yourself some time to think first, act later.

Here’s one of those times.

It’s not the first time this has happened, but this week, I got a ‘phone call, apparently from BT OpenReach – a woman with an Indian accent – telling me that I had downloaded a virus to my router and they were going to help me remove it.

Wondering if  Nige had maybe made a complaint to our internet provider, I asked her if we had reported a fault. No, that wasn’t the case. Apparently, it was a problem they could see on their system.

She gave me a CLS ID number, which when matched up with the number at my end, would be all I needed to assure me that this was indeed a genuine technical support call.

I felt pretty sure that it would be a scam, but I was afraid not to listen some more and make sure I wasn’t making the mistake of infecting our devices, and as they told me, a whole bunch of other people’s too.

While it all sounded very dodgy and highly unlikely, I persuaded the woman to hold on (while I Googled ‘CLS ID BT OpenReach’) and found loads of complaints about scam ‘phone calls.

So, by now I was fairly convinced that the only action I needed to take was to get her off the line, and not worry about some spurious virus.

But I was still concerned: I was afraid of making a costly mistake.

I asked her to confirm our account details. (I haven’t got a clue what they are, but I do know my own name and address!) She kept telling me that she was in the support department and didn’t have them; that she simply had the CLS identifier, and that I had better go through the process she would talk me through, in order not to lose my internet connection. 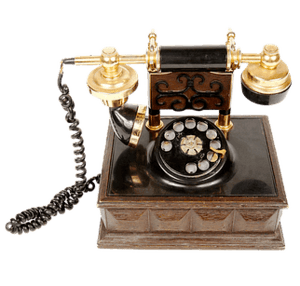 I asked her several times to confirm our account details and eventually, she hung up!

You’d have thought that that would be enough for me to know that I had indeed done the right thing – to refuse to play ball.

I then rang my mum, to tell her what had happened, and to remind her to be careful, should she also get a similar ‘phone call.

While on the ‘phone to my mum, the landline rang again. 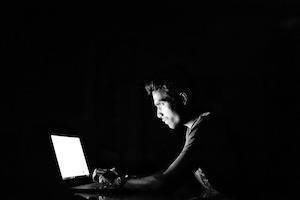 Yup! The same woman, apologising that we had been cut off, and again trying to persuade me to have her talk me through a process on my computer…

This time I did what I didn’t do, to begin with. I rang my husband. Initially, I didn’t want to bother him, because all the signs were telling me that I could handle it… Actually, that there wasn’t anything to handle, other than telling the person on the ‘phone to not bother me.

Nige confirmed everything I had suspected, and generously shared his very humble opinion of the sort of people who make these ‘phone calls!

You see, the thing is, even though I had the intellectual wherewithal and technical resources to check what she was saying, and even though I’d experienced something similar in the past, I still doubted myself: I was afraid of making a serious error.

What about more vulnerable people?

What about people who aren’t as familiar with this particular style of scam?

No one ever got much done by stamping their feet, flapping their hands and screaming uncontrollably, but if you would just allow me this moment of indulgence…

It’s not fair to the people being scammed. That’s obvious.

But you’ve got also to feel sorry for the people who intentionally take other people for a ride. What must their model of the world be like, such that they choose to survive by taking advantage of other, weaker people?

I use the word, ‘choose’ carefully.

It’s times like this that I appreciate the advantages I have had in life.

You know me well enough to know that I can always find something to moan about! But there are millions of people around the world who really have something to complain about.

And for them, simply surviving is the best they can hope for. And sometimes, they have such limited options that choosing doesn’t seem like a choice.

It’s all they’ve got. 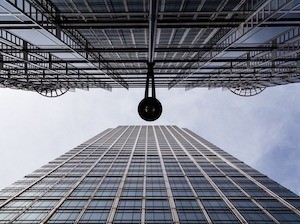 Oh… and just to get me worrying all over again, half an hour later the landline rang. This time, a man’s voice. Same story. Again, he repeated that I needed to follow the process with them or risk my internet being cut off.

You know what? He kept telling me he was going to ring again and again because I had to get rid of the virus. Being their favourite customer of all time (or so I’m led to believe) they were concerned that I would lose my internet connection.

I repeatedly told him no, it’s not OK to keep ringing me again and again.

Top marks for persistence, though!

And as for being true to his word… the landline continues to ring every couple of hours or so… the very nice people from BT OpenWorld are still very concerned about my virus!

So, two thoughts for today:

p.s.
I decided it would be mighty smart if I could link today’s message with a national event, you know the sort of thing: National No-Scamming Week or something!

But I’m going to need some help!

February 9th is apparently (I mean… who decides such stuff?)…

What’s that all about? Or as our American cousins would say:

Does the left hand know what the right hand’s doing?