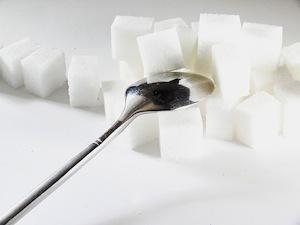 What’s going on when you use your muscles and how can that possibly improve your memory and help you to pass exams?

To answer that question, we’d have to look at how you make energy, and where it’s made.

Our muscles are the means by which we move about – obviously! They are sophisticated machines that use oxygen to burn fat or glucose in tiny little engines called mitochondria, which appear in their millions. They are the little factories that produce the energy to contract those muscles. As you get fitter, your body creates many more of those mitochondria to cope with the extra energy demand. Mitochondria can burn either flat or glucose, depending on the sort of work you’re doing. Fat is used as fuel during longer, slower activity, but during hard exercise, when you need speed and power it’s the glucose that is burnt.

When you’re resting or when you all doing light exercise you burn 95% fat and 5% glucose. These energy sources travel through your circulation to reach your muscles where they are used, but that’s quite hard because your blood is largely water, and as you know, fat doesn’t dissolve in water. Fat is transported in triglycerides, which are special proteins. But the finest blood vessels, your capillaries can only handle a few triglyceride molecules at a time. So those mitochondria gets only a trickle of fuel. However, when you get into a regular routine of exercise your body builds new networks of capillaries to bring more fat to your muscles.

By the way, when you exercise hard, you are still burning fat, but extra energy that you need comes from burning glucose, a sort of sugar, which is stored in your muscles ahead of time. Steady, consistent aerobic exercise, over the months and years produces dramatic improvements in your circulatory system. This is one of the many ways, that exercise saves your life. The fact is, the more you work your body, the more new mitochondria are created, and the more new capillaries are generated to feed them. That’s why your muscles get firmer. They’re bulging with all the extra mitochondria, capillaries, and extra glucose.

And of course, the same thing is going on in your brain. Not the bulging muscle part, but the new networks of capillaries bringing more energy to your neurons! Improve the flow of energy and you improve your memory.

However, you might know that there’s a problem – more exercise produces more free radicals. Free radicals are the bad guys. They are patterns or groups of atoms, usually oxygen, with an odd number of electrons. In other words, not all of them are paired up. When they are paired up they are stable. When one of the pair is missing, it attracts to it a molecule from somewhere else, to regain its status quo. Unfortunately, like a criminal it will take what it needs from wherever it can get it, including DNA and cell membranes.

Under normal circumstances, while you are resting, your body’s own antioxidant defence system can easily handle the free radicals that are produced. When exercising, and your oxygen increases, free radical production sometimes exceeds the rate of removal, and then you can get cell membrane damage – lipid peroxidation. You know that’s happened because you end up exhausted and your muscles ache for days. People who continually overdo it tend to have a weakened immune system and become more susceptible to infections and illness. When you damage your muscles this way (and you get inflammation, at its greatest about 24 hours later) it’s a sign that you’ve got oxidative stress and you’ve exceeded your body’s ability to mop up the extra free radicals from the exercise.

This is beginning to sound like bad news! However, free radicals, are produced naturally by the body and have beneficial effects. Your immune system uses free radicals to mark, to highlight foreign invaders or damaged tissue, so that the body can destroy and remove those cells. It’s a kind of quality control. This is the reason why the jury is out on whether supplementing with antioxidants is a good idea. Some studies suggest that overdoing it on supplementation prevents the body from doing this job effectively.

The evidence shows that your body’s ability to mop up those dangerous free radicals increases as you get fitter.

The key to it is to start with a gentle exercise regime, and gradually build it up so that your body is learns to adapt as you go.

You’ll burn fat and look leaner. Your bones will become stronger and your muscles support your frame securely. You’ll feel good and improve your memory, all at the same time.