What’s the secret of successful study?

Who doesn’t want to know the secret of successful study?

With school and university exams coming up, it got me thinking about our relationship with learning…

Isn’t it interesting that we’ll moan about having to revise for exams, and yet, left to our own devices, truly enjoy learning!

We are, of course, lifelong learners, and will delight in being able to play a new piano piece, discovering a quicker route driving to work or finding out how to ask in Spanish for directions to the local hostelry!

Umpteen quiz shows on TV or the radio are testament to our love of ‘factoids’ as Steve Wright on Radio Two calls them. (By the way, totally irrelevant, but rather nice that I knew Steve’s Wright-hand-man(!), Tim Smith, when we were growing up in Abingdon, Oxfordshire! He shares my birthday too! Aw!)

Back to the secret of successful study!

So how come we sometimes find revising such a hard, and often, unrewarding activity?

The answer to that is that it really depends on if you are going about it the right way, and especially the right way for you. Because, obviously, those folk who appear to the rest of us to breeze through their exams, already know the secret to successful study.

After all, we don’t mind hard work, when we can see and feel our hard work paying off.

One of those fundamentals of getting good exam results is studying at the right time of the day. 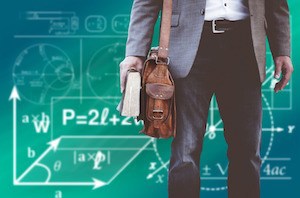 You won’t be surprised that it’s harder learning new stuff at the end of a long and stressful day at work, and while perhaps simultaneously trying to give your family the attention they’re demanding.

But even if you had a stress-free day, with no other considerations, a recent study, at the Rotman Research Institute Toronto found that the time of day that you attempt to study makes a big difference to your ability to concentrate. Try it at the wrong time of the day and you’re far more likely to discover you’ve been daydreaming and haven’t taken in a single fact!

So what is that magical time of the day for successful study?

As we get older, our brains do better in the morning, particularly between 8.30 and 10.30am. Leave it till the afternoon and fMRI scans show our brains idling along absent-mindedly. And I think you’ll agree, that’s got to be less than ideal!

You’d be right though if you were thinking that there was a time when you could concentrate all day. Brain scans show that teenagers can indeed stay focused well into the afternoon. (Levering them out of bed in the morning, though is a whole other subject!)

Another finding, this time by the University of Freiburg in Germany, is that we’re quicker at acquiring kinaesthetic skills such as studying a language, playing an instrument or learning a sport in the evening. 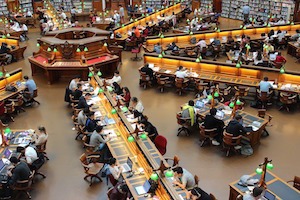 Current thinking is that it’s the memory consolidation process during sleep that’s responsible. In simple terms, there’s a shorter window of time before you have to sleep on it concerning physical learning, but intellectual activity can happen while we’ve still got the mental focus, in the morning, and can wait longer before being sent to long-term memory storage, during sleep.

As we’ve said before, we learn best by concentrating on small chunks of information, in short bursts of time. Now we know to make the time to do that in the morning while we’re still firing on all cylinders.

So what’s the secret of successful stu…. Timing!

That will make a huge difference. Try it and see.

The secret to remembering what you learn