Are you aware of your brain? 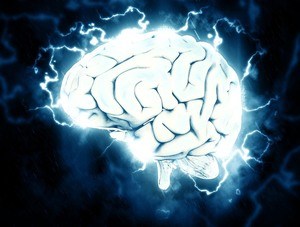 Did you know there’s such a thing as Brain Awareness Week?

Are you, like me, wondering why we need to dedicate a week to pointing out the blinkin’ obvious?

You’re aware you have a brain, right?

(Not for the first time, nor the last I’ll wager!)

Ah! “Brain Awareness Week is a global campaign to increase public awareness of the progress and benefits of brain research.”

I expect that’s a good idea then! I suppose we’ve come a very long way to understanding how our brains work, since I first got interested in it at school. 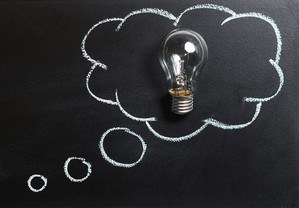 Doing biology A-level, we were taught that you’re born with a full complement of brain cells, and that it’s all downhill from there!

i.e. But for the rest of your life, you lose ‘em, faster or slower, depending on the cards you’ve been dealt. In other words, luck.

Turns out, of course that that’s not true, and that your brain is plastic. It changes all the time, depending on how you use it and how you abuse it.

That’s rather more encouraging, isn’t it!

In fact, your brain is no longer the same brain you had when you started reading this!

Sorry about that! Ha ha! I wonder if that constitutes use or abuse!!!!

We understand a lot more these days, about mindset and memory. That’s not to say the brain remains a mystery and there’s a lot more to discover. But already, since I was at school (yes, yes – a while ago now) we’ve moved on so far that people like me can train others to use their brains to get better results in all areas of their lives.

I am, of course, particularly interested in emotional intelligence, and having a more insightful relationship with what’s going on for us and with other people so that we can leave happier, healthier, more productive lives.

Over the years, I have also discovered how to help people let go of difficult medical conditions that doctors can’t help with, by respecting the purpose of those ‘dis – eases’ being there in the first place, in order to help clients find an even better solution for the problem their brain is attempting to solve, thereby letting the disease drop away.

And of course, as you already know, I specialise in teaching people how to learn and retain information, according to how their brain already processes, stores and retrieves information brilliantly. We’re all great learners. We’d have to be, wouldn’t we? Just look at how amazing we are. But we never taught how to learn the sort of information you get in the classroom.

We are hard-wired to forget. Evolution has seen to that. So obviously, under normal circumstances, you’re going to forget what you’ve learnt is fast as you’ve learnt it.

Unless, of course you have become Genius Material – one of my 21st Century Super-Learners.

If he had to go, isn’t it a rather nice coincidence, that it’s in Brain Awareness Week, that our Super-Hero and National Treasure Stephen Hawking left us?

And to double that coincidence – on Einstein’s birthday too.

I was very sad to hear that he had died at the age of 76 this week. What an inspiration he is. Having been diagnosed with motor-neurone disease in his early 20s, and given a few years to live, he didn’t focus on what he couldn’t do. Quite the contrary, as we all know. The perfect example of a massive intellect, a highly-developed sense of humour and a can-do attitude. His brain, simultaneously, the part of his body failing him and his biggest asset.

He has had many profound thoughts, but the one thing that will particularly stick with me is his assertion that,

If you need help with yours, you know where I am!

What sort of revision notes should you make?

What sort of revision notes should you make?