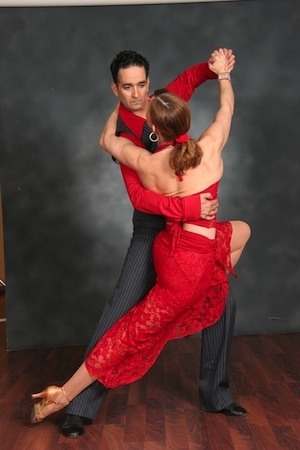 Howard Gardner created the Theory of Multiple Intelligences in 1983 to describe the different aspects of the cognitive abilities of Human beings. He argued that one person might find multiplication easy but this did not make him more intelligent per se than someone who found multiplication hard. He suggested that the person apparently struggling might learn faster through a different approach; they might excel instead in a different area or they might in fact be relating to multiplication at a fundamentally deeper level or as a completely different process. Gardner explained that this deeper cognition may at first look like mental slowness, when in fact it might be an indication of a deeper level of understanding.

His theory predicts then, a low correlation between one type of intelligence and another.

One of Gardner’s arguments in support of his theory is the very existence of prodigies and savants who might excel in one area such as music, art or maths.

Gardner’s 8 +1 intelligences are as follows:

Spatial people usually have an innate ability to visualise in the mind’s eye. Artists, designers and architects are usually spatial people. Spatial people are often good with 2D and 3D puzzles.

Highly linguistic people are good at reading, writing, telling stories and memorising words and dates. They learn foreign languages easily with their high verbal memory and recall, and demonstrate an ability to understand and manipulate syntax and structure.

These people have a good sense of timing, an accurate sense of the goal in a physical activity and the ability to train themselves to respond automatically. They are usually good at sports and dance, acting and performing, building and making things. They make good athletes, pilots, dancers, musicians, actors, surgeons, doctors, builders, police officers and soldiers.

Interpersonal (Interaction with others)

These people tend to be extroverts, sensitive to other people’s moods and feelings, temperaments and motivations. They usually work well in groups, cooperating and communicating effectively in them. They make good leaders and followers, empathising with others and enjoying discussion and debate.

Intuitive and sometimes introverted people fall into this category. They understand their own feelings and motivations and know their strengths and weaknesses. Intrapersonal people are often philosophers, psychologists, theologians, lawyers and writers. They often prefer to work alone.

Naturalistic (Nurturing and relating to surroundings)

Naturalistic people work with animals and plants. People in the fields of geology, farming, mining etc. might fall into this category.

Gardner added this category to cater for people good at contemplating questions and ideas such as infinity – ie phenomena beyond our immediate environment. This group might include shamans, priests, mathematicians, physicists, scientists, cosmologists and philosophers.

Perhaps the main criticism of Gardner’s theory is that he uses the term ‘intelligence’ where most people would use the word ‘ability’ and also that he doesn’t have a system to test his multiple intelligences.

The argument about the different ways Human beings think and learn continues. Standard intelligence tests, which do not measure the whole complement of intelligences also comes under attack in the continuing debate.

It has been argued that while there is little empirical evidence to support the Multiple Intelligence Theory, there are thousands of studies to support the importance of IQ tests, the results of which are used by organisations to attract suitable students and employees.

In my view, one great thing about Multiple Intelligence theory is that everybody can consider themselves intelligent in some way – and that’s surely got to be good for self-esteem and motivation.