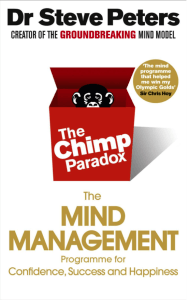 The brain is a complex animal!

As I describe in my Automatic Weight Loss online Training, for all our sophisticated science, much of it still remains a mystery. Fortunately, for our purposes, there are just 3 areas we’re interested in, and the roles of these three areas are very elegantly described by Dr Steve Peters in “The Chimp Paradox”.

The part of the brain that makes sense of information coming in through the senses, what you see, hear, taste etc, he calls the Computer.

The emotional brain, the part that tells us how we feel, he calls the Chimp.

Incidentally, neuroscientists have shown that people who have damaged the emotional part of their brain and therefore don’t know how they feel about things, simply cannot make decisions. It turns out that to make a decision we have to know how we feel about that decision. I suspect that some people think that the emotional part of the brain is a hindrance to them, and the more analytical and rational they can be, the more control they will have over their lives. And that’s not true either. Okay, so if you’re the sort of person who gets run by your wild and uncontrollable emotions, you would do well to spend more time using your cool, rational brain, but we need all three parts to be fully competent.

The third part Dr Steve calls the Human, the real YOU. Where you live in your head 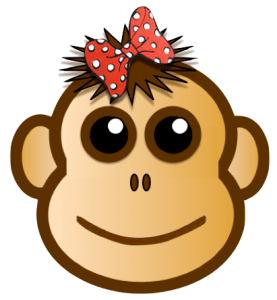 These three brains try to work together. They are of course connected to each other and they all try to make sense of the world and keep you safe. However they frequently do battle with each other, each struggling to gain control over the others.

Guess which one often wins?

Yep! The chimp, the limbic or emotional brain.

Each has a different agenda, a different mode of thinking and a different way of operating. Each can do its thing without our conscious knowledge. And each makes decisions for us. The chimp delivers our thoughts and feelings, which can be very useful or terribly destructive. It can be your best friend and your worst enemy, even at the same time!

You know what I mean. Sometimes there seems to be more than one of you in your head – when you talk to yourself; when you act contrary to how you intend to; when you decide to go on a diet, but just can’t stick to your plan…

When this happens – and it happens to all of us, brain scans will show extra blood going to the chimp part of your brain, which proves that it really is the emotional part that is currently winning the battle.

This explains, doesn’t it, when you get wound up and then say things you regret later? It explains why you can’t stop eating or why you don’t exercise when you really, really want to, but just don’t seem to get your act together – your act, of course, being played out by the three players in your head, the chimp, the Human, and the computer.

Dr Steve Peters likens the Chimp to owning a dog. You’re not responsible for the personality of the dog, but you are responsible for keeping it well behaved – for managing it.

When you improve your ability to recognise when your chimp is hijacking you, and your thoughts, your feelings and behaviour, you can begin to distinguish your Human, that is to say: you from your chimp, and that is to say the emotional part of your brain, which you need of course, but which you don’t want taking over.

More about the Chimp Paradox!