What connects our Olympic athletes and Maybelline?

How to send your brain to sleep

How to send your brain to sleep

So there’s a connection, is there, between our Olympic athletes and Maybelline?

I wrote this article a few years ago… as you’ll notice from the references to the Rio Olympic Games, but I’m pretty sure my thoughts are as relevant now as they were then. Let me know if you agree. Or indeed, if you don’t!

Here we go then…

Listen to the stories of any of the people who’ve made it to the Rio Olympics, never mind those who are scoring medals and world-records once there, and they’re stories of set-backs, poor decisions, disappointments and bad luck.

So how the heck did they get to where they are now, at Rio’s Olympic Games?

It’s so easy to underestimate the commitment and sheer hard work – physical and mental too – that put them where they are now.

Because, for the most part, we come into their story, towards the end – after they’ve picked themselves up, over and over again, and…

Never taking their eye off the big picture, their goal, their why.

Nor more attractive (though, apparently that might help in some circumstances)

Nor know all the right people (at least, not at first)

(Talking of music, who’s enjoying the new arrangement of our National Anthem, played for our medal-winners at Rio?)

Are you still with me?

…even in the face of no agreement from other people. (Often their closest friends and family – whose negativity is often more about their stuff (fear, jealousy) than about being there for you.

Never give up. Never surrender

My dad… (Did I mention, I’m the colonel’s daughter? We know a rhyme about that! Best left to another time. Or probably, just left!)

When we lived in Rheindahlen, Germany, my dad went to his boss, the Brigadier to tell him that despite his best efforts, there weren’t enough people interested in competing in the ladies doubles in the headquarters tennis championship, and that consequently, that event wouldn’t be happening in the tournament, that year.

But the unexpected and somewhat unwelcome reply was:

“Yes, yes. Overcome it thank you.”

And guess what, Dad did!

Throw your hat over the wall 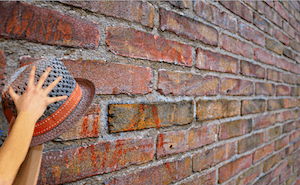 Chuck your metaphorical hat over the wall, so now you have to find a way to get over that obstacle, to retrieve your hat.

Get creative. Do your research and due diligence, and discover all the options – the ridiculous ones as well as the more palatable ones. After all, they’re all possible.

Make a better decision next time if necessary

If you don’t know what constitutes the ‘right’ or ‘better’ decision – just make a different one, and calibrate again.

Tony Robbins tells a story (I’ve forgotten the details unfortunately) but it goes something like: he shadowed a newly appointed head of defence (or ‘defense’, since we’re in the USA), and followed him into a meeting where after 20 minutes or so, he made a decision that had foiled all previous senior officials, for the previous 13 years.

When Tony asked him how did he know what was the right decision after only a few minutes, the answer came:

I don’t know what is the right decision, but I do know that we had to break the impasse. Any decision would do that. So I made one. It’ll either be the right one and we’ll move on, or the wrong one, we’ll learn from it, make another one… and move on.

How many of us have felt paralysed by indecision, when sometimes any decision would move us forward just far enough to inform what needs to happen next?

I could do that, if I wanted

And then there’s reality 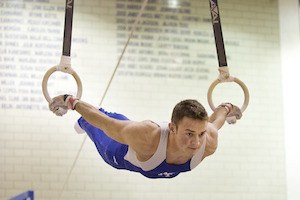 Options are options. We’re not talking fantasy, we’re talking ‘what would it cost me to have x’. And sometimes we can’t or won’t bear that cost.

I was 8 when I realised that I was never going to be an Olympic gymnast.

I’d already missed that boat by 3 or 4 years!

Don’t get me wrong – I had no interest in becoming any sort of gymnast, Olympic or otherwise. Ballet and acrobatics were beginning to be a feature of my young life – and I loved dancing. Like so many little girls, my sights were set on being a ballerina.

But I was already aware that an internationally competing gymnast wasn’t a viable option. Already.

If it had ever been on a list, it would have been crossed out.

But my gripe is that all too often we rule something out because of some (false) idea that it’s beyond us.

Good job we don’t all do that all of the time then, or the Olympics would be over very quickly.

So isn’t it a good thing to ask ourselves in those moments of doubt, if it’s our ‘stuff’ getting in the way, and could we, “overcome it, thank you?”

So what about our Olympians and Maybelline? 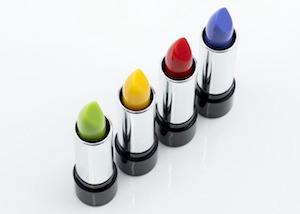 The make-up company, Maybelline (other brands are available!) have, recently, apparently changed their iconic tag line from “Maybe she’s born with it. Maybe it’s Maybelline.” (you just heard the jingle in your head, didn’t you?!) to…

Perhaps they felt their previous tag-line was too wishy-washy and vague for today’s no-nonsense, go-getting young women?

I mean, is it me, or are we all becoming less tolerant?

Actually, I already know the answer to that question!

I’m definitely less and less patient with sloppy thinking – you know, the lazy approach to life that means getting out of making the necessary effort to think and behave in a way that empowers you to have the life you say you want. (Oh, but can you be bothered, if it’s actually down to you to, ahem, make it happen?)

It’s so much easier to think the problem is ‘out there’ and beyond your control.

It’s because they did this, they didn’t do that, it shouldn’t be like this, and my favourite… 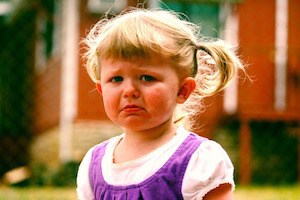 Goodness me, life’s too short to waste time analysing the past. Learn from it, and make better decisions moving forward.

We’ll all be dead soon enough, and then none of it will matter anyway!

Oh, for goodness sake, take inspiration from our Olympic athletes and get on with it.

Or as another iconic brand advises: Just do it.

See what I mean about impatience?  🙂

What connects our Olympic athletes and Maybelline?