What do 2 yellow chairs, a comic book and an oil spill have in common? 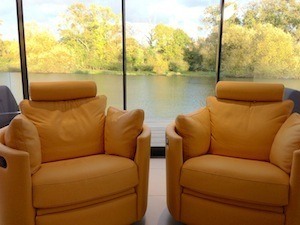 So what do two yellow chairs, a comic book and an oil spill have in common?

At first glance you may think….. nothing!

Ah, but not so! Let me explain… I just love lateral, creative, out of the box, problem solving genius thinking… and I recently found two glorious examples of innovative, world-changing young minds at work… plus, on a much, much smaller scale, lounge-changing, environment-enhancing, nature-appreciating old fogey brilliance…

Still none the wiser?

Oh, and let me know of any Genius Thinking you’ve used or have come across recently. Go on! Share the love!

You’ve only got to mention religious fundamentalism and automatically our thoughts, beliefs and fears surge forward, prompting us to react in some way.

If I had a penny for every time I heard someone say, “I just don’t get it…” well, call me a pessimist, but I’d have piggy-bank at least half-full!!

Well, there’s someone I’d like to introduce to you, Suleiman Bakhit, a Jordanian social activist, who has heroically travailed to get to the bottom of the faulty thinking behind the likes of ISIS and Al Qaeda.

At the centre of all violence is what he calls ‘toxic shame’. That’s toxic, as opposed to healthy shame, which defines boundaries and is a source of learning.

He defines toxic shame as the debilitating belief that you are, “unworthy as a Human being and unworthy of Human connection.” Inevitably, this, “leads to violence [as the individual or group attempts] to replace that toxic shame with pride.”

Well that makes one heck of a lot of sense to me. But what to do about it?

In a parallel universe, clients will often come to me with the reason they are the way they are. They might even have spent a lot of time, effort and money to discover the cause of their problem. But understanding it doesn’t equate to letting it go. That requires something else entirely, and can be as simple as a moment’s ‘aha’ Genius Thinking.

So Suleiman set about to see what could be done. And boy, what a discovery he made.

This is the story of how one individual can indeed change the world, one child at a time. And with what weapon? A comic.

Read about it here. Watch his presentation here.

Here’s another brilliant example of a young creative mind, coming up with a fresh, innovative approach to an old and sticky problem.

Knowing it’s a problem and doing something about it are two different things. And you may depend, that if it’s going to cost money, no one’s rushing forward to solve the problem.

And how much of a problem is it really?

Quite a big one, if you consider the sprawling floating plastics junkyard in the Pacific Ocean covers the same surface area as Texas. Twice over! And Texas is a BIG state!

Can you believe there are 6 times more degraded plastic particles than zooplankton? That’ll be about 154000 tons of plastic. I’m no expert, but that’s not sounding good to me!

So then, how to mop up, without costing the earth?

I discovered the answer, reading an inflight magazine a little while ago. The online version isn’t great. There are some formatting issues, but if you want to read more you can do so here.

A Dutch teenager by the name of Boyan Slat, wasn’t at all fazed by the failure of generations of experts before him to solve the problem, and he decided to tackle it head on.

Using a little of his engineering training and a lot of his own pioneering thinking skills, he came up with the idea of passive garbage collecting! Wait until you hear how this works. It’s Genius Thinking, right there.

His 100-person team (so there’s 100 people right off the bat who recognise genius when they see it) have tested several floating booms, which simply sit there collecting rubbish. There’s no need for dangerous mammal-strangling netting, and his system will allow a 7900 times faster and 33 times cheaper clean-up than any other methods proposed – just by setting up and leaving it!

And you thought our bin men were a little lackadaisical!

And what about the two yellow chairs?

We needed another settee for the lounge, but it seemed a bit daft now having to sit with your back to the river… the focal point of the whole house…

So should we get two settees to sit back to back, so you could sit facing in or sit facing out?

But wouldn’t that look a bit odd, not to mention, do we really have room for that whole malarky?

And then, bingo! How about, not a settee, but swivel chairs?

Give that girl a prize!

OK, so it’s not going to change the world – well, not much of it anyway – but it’s changed a little of ours – for the better.

What genius aha moments have you had?

Is your teenager in need of some Genius Thinking? 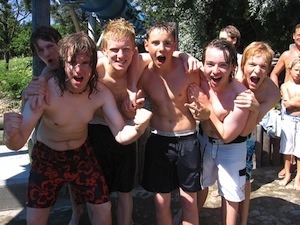 You know I taught for 20 years in mainstream schools (stand-up!) and I’ve incorporated ‘brief therapy’ with my skill set to help clients for the last 10.

I specialise in helping youngsters develop emotional intelligence and an effective learning strategy, tailored to their particular style of processing information. This means they can take charge of their lives and learning, pass exams easily and watch their self-esteem and confidence grow.

There’s no need for them to struggle on their own.

What do 2 yellow chairs, a comic book and an oil spill have in common?

Reading and re-reading your course manual

Reading and re-reading your course manual

How to get good exam results

How to get good exam results

Biggest revision mistakes – Save the environment

Biggest revision mistakes – Save the environment